The Lakers and Coach Mike Brown are changing to the Princeton Offense created by Pete Carrill.  They hired Eddie Jordan who employed the offense with the Washington Wizards and he learned the system from Carrill when they were both assistants at Sacramento.  This will be the Lakers' third offense installation in three years. 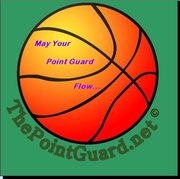 Steve Nash can run any offense, but The PG thinks as the season progresses, the rest of the league may breathe a sigh of relief.  Anything that takes the ball out of Nash's hands and lessens his opportunities to run the pick-and-roll with Gasol while compelling rotating defenders to actually LEAVE Kobe Bryant alone, sounds like a blessing to me if I'm an opposing coach.   I know the Wizards had much success running this with Gilbert Arenas at the point.  But Arenas, as great as he was, still was a different type of player than Nash.  Arenas could really score but Nash will not be the team's leading scorer.  The team's leading scorer will obviously be Kobe no matter what you run.  So why run a Princeton motion offense and unnecessarily take the ball out of Nash's hands?

Washington had three main scorers who could all put the ball on the floor, Arenas, Jamison and Butler.  Whatever motion the Wizards ran, one of those 3 guys was going to get the shot  - and usually ended up putting the ball on the floor to get that shot.  Nash's primary benefit for a team is that he enables ball players who don't put the ball on the floor well to get wide open shots (read:  Howard, Gasol, and World Peace) off his masterful use of the pick-and-roll.  I don't see a motion offense making better scorers of these three.  And by going with it, much like with the triangle, you de-emphasize the ability of the point guard to put perimeter dribble pressure on the defense.  But isn't putting perimeter dribble penetration pressure on the defense precisely why you would want a Steve Nash?  A Chris Paul?  A Deron Williams?

Like I said, Nash can run any kind of offense.  But there is such a thing as highest and best use.  I don't see that principle being served in the decision to run the Princeton Offense with this Laker team.

The PG will discuss this subject in more depth on the upcoming THE POINT GUARD Internet Radio Program, Saturday, October 6, 2012 at 6:30pm Eastern/5:30 Central on BLOG TALK RADIO. 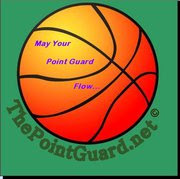